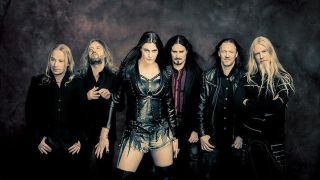 Nightwish’s track Last Ride Of The Day is to be used by Australia’s national synchronised swimming team at the Rio 2016 Olympics.

The song is taken from their 2012 album Imaginaerum. The orchestral version of the track will be played while the team compete at the Championships in Rio next month.

It’s not the first time that the Last Ride Of The Day has been used in the world of sport. It was used as the official anthem for the Ice Hockey World Championships in Finland and Sweden in 2012.

Nightwish have a number of live shows scheduled over the coming months in support of their eighth album Endless Forms Most Beautiful.