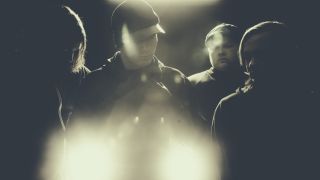 King 810 are also pointing people to a ‘peep show’ on their website ahead of the video launch, which is expected in the near future.

The band will head out on the road for a run of shows next month in support of their second album La Petite Mort Or A Conversation With God, which was released in September last year via Roadrunner Records.

David Gunn and co will also play a set at this year’s Bloodstock Festival which will take place on August 10 to 13 at Catton Park, Walton On Trent, England.

Find a full list of Kin 810 tour dates below.