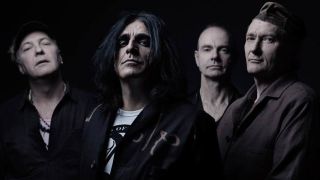 Killing Joke have named their upcoming 16th album and announced a UK tour.

The English rock icons will issue Pylon later this year via Spinefarm Records – their first new material since 2012’s MMXII. And a nine-date tour kicks off in Cardiff on October 25.

Tickets for the UK tour are available here.

The 10 best Killing Joke songs according to Billy Gould