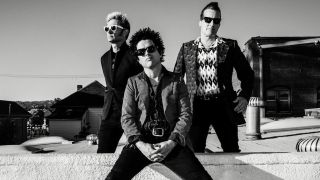 Green Day have announced they’ll head out on a North American and European tour in support of their upcoming 12th album Revolution Radio.

The first dates will take place across North America, kicking off in St louis on September 20 and wrapping up in Berkley on October 20.

The European leg is scheduled for January and Februaury 2017. It’ll start in Turin, Italy, on January 10 and finish in London on February 2. Green Day have also confirmed two German festival dates for next summer. Full details can be found below.

Tickets will go on general sale from this Friday (September 9) from 9am local time via the band’s official website.

Revolution Radio was recorded in Oakland, California, and produced by the band. Musically, the album is said to be “raw, visceral, and fearless – solidifying the band’s reign as one of the leading voices in rock music” with lyrical themes that “address the complexities and uncertainties of modern day existence.”

In August, Armstrong admitted he “freaked out” while writing Bang Bang as he wrote it from the perspective of a gunman.

Revolution Radio is available for pre-order.