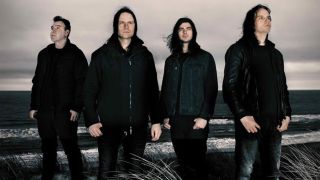 God Is An Astronaut have revealed they’ll play their second album All Is Violent, All Is Bright on their upcoming tour.

The follow-up to the Irish outfit’s debut The End Of The Beginning launched in 2005, with the band planning on playing the record in its entirety to mark its 15th anniversary.

God Is An Astronaut say: “Fifteen years ago, an unknown band from Ireland released their sophomore album All is Violent, All is Bright.

“The album captured the imagination of the underground youth and gained the band a worldwide cult following. This year will see God Is An Astronaut for the first time perform the entire album from beginning to end. Lots more to follow.”

The band will play in Dublin, Cork, London, Glasgow and Leeds throughout April, with the full list of dates available below.

God Is An Astronaut released their latest album Epitaph in 2018 – with Prog premiering the title track in March of that year.