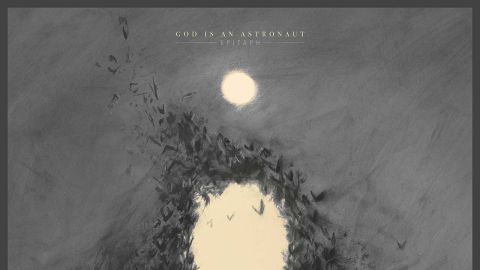 God Is An Astronaut - Epitaph tracklisting

God Is An Astronaut’s intense wall of sound live has always manifested itself very differently when put down on tape. However, with this, their eighth studio album, they find themselves as vital as ever, capturing in the crunchy yet sleek collaborative
production with Xenon Field a distilled dose of the magic that’s usually only found at their shows. Thematically, it’s an album that’s dense and offers little by way of respite. Fixated almost to a fault on the subject of death, it maintains an almost Krautrock sense of drive and purpose. Openers Epitaph and Mortal Coil offer a double-barrelled assault of attack and release, before the slow build of Winter Dusk/ Awakening begins the process of shifting the tone from one of aggression to one of wistful melancholy. The crescendo of Seance Room is the high point, although the emotional peak comes later, on closing track Oisín, which was written about the tragic passing of the seven-year-old cousin of County Wicklow brothers Torsten (guitar/keys) and Niels (bass) Kinsella. God Is An Astronaut have a tight handle on what they do, and they rarely disappoint, particularly when they have such powerful inspiration.