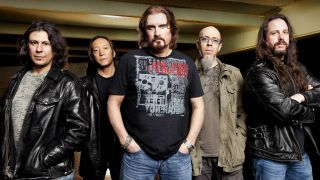 Dream Theater have announced a European tour in January and February of next year, when they’ll perform second album Images And Words in full at each show.

The road trip celebrates the 25th anniversary of the breakthrough work – the first to feature vocalist James LaBrie.

Released in July 1992, Images And Words included classic Dream Theater tracks Pull Me Under, Metropolos Part I and Under A Glass Moon.

The shows, which will also feature “fan favourites” from the band’s catalogue, following a world tour in support of latest album The Astonishing.

Further dates are to be announced in due course.