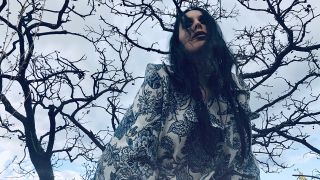 Chelsea Wolfe has announced that she’ll tour across the UK and Europe in 2020.

Wolfe has lined up a total of 18 acoustic dates, which will begin in Prague on March 11 and conclude in Stockholm on April 1, with the run coming after her previously announced North America tour which will get under way later this month.

Wolfe will play the shows in support of her new studio album Birth Of Violence, which was released in September though Sargent House.

Speaking about the follow-up to 2017’s Hiss Spun, Wolfe said: “I’ve been in a state of constant motion for the past eight years or so – touring, moving, playing new stages, exploring new places and meeting new people – an incredible time of learning and growing as a musician and performer.

“But after a while, I was beginning to lose a part of myself. I needed to take some time away from the road to get my head straight – to learn to take better care of myself, and to write and record as much as I can while I have ‘Mercury in my hands,' as a wise friend put it.”

Tickets for the UK and European tour will go on sale from Wednesday (October 9), while Wolfe will be supported on the road by Tribulation guitarist and solo artist Jonathan Hultén.