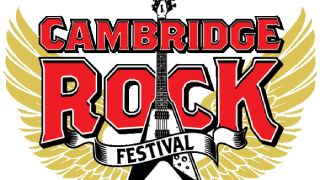 The Cambridge Rock Festival has announced plans ti run an online event this year. Like all live events, this year's event was curtailed by the Covid-19 pandemic, but organisers will run the festival online this year featuring past performances from the festival.

Of interest to the prog community will be performances from Caravan, Rosalie Cunningham, Mostly Autumn, Touchstone, The Blackheart Orchestra, Mr. So & So, Atomic Rooster, Doris Brendel Winter In Eden and Franck Carducci. More afts will be announced.

In na statement organisers say: "What we are doing is putting together a full CRF line-up using all the high definition footage we have of CRF performances. It will only feature live CRF material, and it will run throughout the times that the festival should have taken place, i.e. 5.30-11pm Thursday, 11am to 11pm Friday, Saturday, Sunday.

"We’re talking to all the bands that will be featured to get their approval and we will have the appropriate PRS licence. We are now creating the line-up, either by ‘building’ sets using source material from various years for the same band, or by using recordings from the video screen cameras that were used in the past – we’ll have enough for you!

"It’s going to be freely available; a thank-you from us and the bands for your support, and something to lift the spirits. A great deal of it will be in high definition, so put the dates back on your calendar, get your beers, get settled in and in front of a big screen, ready to be at vCRF20 in spirit if not in person! Much of the video will be just like you are there as it’s filmed from the audience – you may even see yourself in the crowd."