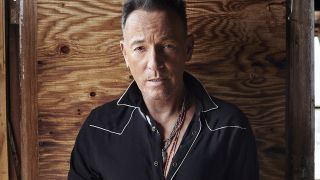 Bruce Springsteen has released a lyric video for his new single There Goes My Miracle.

It’s the latest track taken from his upcoming album Western Stars which is out on June 14 via Columbia Records, and follows Hello Sunshine which arrived last month.

The majority of tracks on the album were recorded in Springsteen’s home studio in New Jersey, with additional recording in California and New York and is said to encompass “a sweeping range of American themes, of highways and desert spaces, of isolation and community and the permanence of home and hope.”

Speaking previously, Springsteen said: “This record is a return to my solo recordings featuring character driven songs and sweeping, cinematic orchestral arrangements. It's a jewel box of a record.”

Earlier this month, The Boss said he had written almost an album’s worth of material for a new E Street Band record and thrilled fans by appearing at Little Steven And The Disciples Of Soul’s show in Los Angeles.