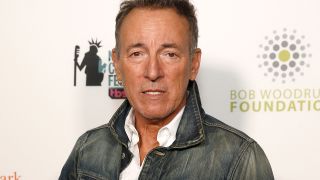 Bruce Springsteen has released a lyric video for his new single Hello Sunshine.

It’s the first taste of material from his upcoming studio album Western Stars, which is set to arrive on June 14 via Columbia Records.

Springsteen said: “This record is a return to my solo recordings featuring character driven songs and sweeping, cinematic orchestral arrangements. It's a jewel box of a record.”

Speaking previously with Variety, Springsteen reported that Glen Campbell, Jimmy Webb and Burt Bacharach were specific influences on the record, adding: "I don’t know if people will hear those influences, but that was what I had in my mind.

“It gave me something to hook an album around – it gave me some inspiration to write. And also, it’s a singer-songwriter record. It’s connected to my solo records writing-wise, more Tunnel Of Love and Devils And Dust – but it’s not like them at all. Just different characters living their lives.”

Western Stars is now available to pre-order. Find details below.