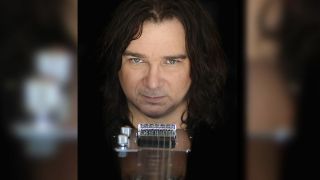 Yes bassist Billy Sherwood has released a video for his track No Man’s Land.

It’s lifted from his solo concept album Citizen, out on November 6 via Frontiers Music and tells the tale of a “lost soul reincarnated in various historical settings.”

*No Man’s Land *– which features guitarist Steve Morse – focuses on the story of a World War I runner, who passes messages between generals and men in the trenches.

Sherwood says: “You get the idea that he’s the only guy who walked away from the battle.”

The album is available to pre-order from Amazon and iTunes.