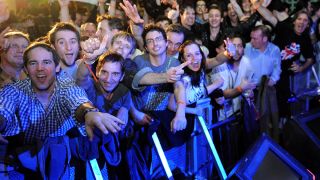 An analysis of the secondary ticket market in the UK has found that big players Viagogo, Get Me In, StubHub and Seatwave are routinely breaking the law.

An investigation by independent consumer rights watchdog Which? found that the four biggest secondary ticket sellers were flouting the Consumer Rights Act 2015 regularly.

Which? examined more than 200 ticket listings and says it “found numerous examples” of tickets being sold unlawfully. They looked at ticket listings for pop star Beyonce, comedian Catherine Tate and a string of musicals.

And they found that Viagogo failed to consistently list the ticket face value ticket for Beyonce and Tate shows, despite it being mandatory for sellers to enter the exact face value when creating a listing.

The investigation also found that none of the listings it checked on Viagogo showed seat numbers, which is a requirement of the Act. The same issue was found with a large number of the listings on StubHub or Seatwave.

On Get Me In, only one listing provided a seat number.

Alex Neill, director of policy and campaigns at Which?, says: “It is clear that t he protections put in place by the Consumer Rights Act aren’t being followed by some of the biggest players in the market and no action is being taken against them.

“The Government must crack down on bad practice so that people know what they’re buying and don’t get ripped off.”

Ebay-owned Stubhub was the only one of the resellers to issue a statement when asked by Which?. A spokesman says sellers are required to provide full details.

However, they add: “There are instances where sellers may not have access to this information at the time of listing, as some primary vendors do not provide this at the time of purchase.”

The UK government is this week due to publish the findings of its review into the secondary ticketing market.

AC/DC in stand against ticket resellers