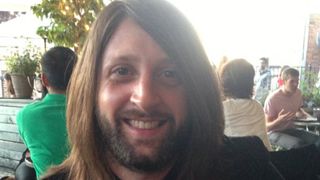 A benefit show will be held in London to honour the late Eagles Of Death Metal roadie Nick Alexander on November 15.

The merchandise manager, from Weeley, Essex was 35 when he was killed in a terrorist attack, which saw 90 people murdered during the Eagles Of Death Metal show at the Paris Bataclan by extremist gunmen. He was with his ex-girlfriend Helen Wilson at the time, with whom he remained close friends following the end of their two-year relationship.

The tribute concert, named A Peaceful Noise, will take place at the O2 Shepherd’s Bush Empire, and will feature artists such as Frank Turner, Maximo Park and former Supergrass man Gaz Coombes.

Alexander’s mother Sheelagh tells BBC: “I was never worried while he was on tour. I worried more about when he was at home on his own, in his flat. Because when you’re on tour, you’re part of the family. If anything happens, you would be looked after. If you weren’t around you’d be missed.”

When asked whether it was comforting that he was with his friends when he died, Sheelagh replies: “Very much so. He had a very good friend with him when it actually happened. So we have been able to know exactly what happened, rather than having that unknown feeling of, ‘I wonder how he was, whether he was afraid.’

“It’s a huge comfort to know that. He was loved from the minute he arrived on this planet and from when he left. That is a good feeling.”

A Peaceful Noise will raise funds for two music-related charities, The Nick Alexander Memorial Trust and Josh Homme’s Sweet Stuff Foundation. Tickets can be purchased on the venue’s website.

The Bataclan venue in Paris will also host its first gig since last year’s massacre on November 12 – a day before the one-year anniversary of the attacks. Former Police frontman Sting is set to perform.

Eagles Of Death Metal to feature in Bataclan documentary