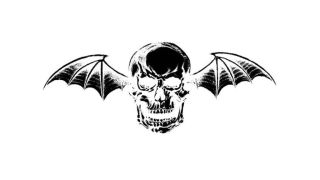 Avenged Sevenfold have sparked speculation that they’re about to announce something big by beaming their death bat logo in locations across the world.

Frontman M Shadows issued a brief teaser clip of as demo track in April this year. And while they haven’t released a studio album since 2013’s Hail To The King, speculation is mounting that something is brewing because of the appearance of their iconic logo.

Fozzy’s Chris Jericho posted a picture of the logo on the dome of Toronto’s Rogers Centre, saying: “Either Commisioner Gordon likes metal or something big is going on…” The logo was also spotted in London and Berlin.

The band recently admitted the release of their highly anticipated This Is Bat Country DVD is out of their hands amid legal wranglings with Warner Bros.

They’ll return to the road later this month for a show in Sacramento, California, and head to Europe in January for a run of European dates.

The A-Z Of Avenged Sevenfold