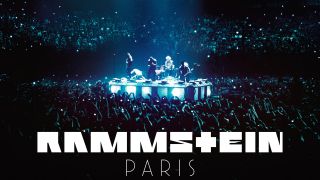 The folk at Amazon don't just sell almost everything under the sun, they have their very own streaming service.

Just like Netflix, Amazon Prime Video offers thousands of hours of TV and film at the touch of a button, including a wealth of documentaries for music lovers. Here we have listed the 10 best music docs on Amazon Prime US. Watch them all.

Dave Grohl’s directorial debut looks at the famous Los Angeles recording studio where everyone from Metallica and Nirvana to Neil Young and Fleetwood Mac made some of rock music’s most famous albums. Centred around the studio’s renowned Neve console, it’s a real celebration of the creative process in an era of often sterile digital technology.

Sure, none of us can go to gigs at the moment. No bother – now you can recreate one of the rock world's most beguiling stage shows from the comfort of your own home. Filmed during Rammstein's Made In Germany tour, this set from the Bercy Arena in Paris provides a jaw-dropping spectacle. As you might expect.

"Where do the odd movements come from?" This concert film follows Talking Heads in 1983 – at the height of their popularity – as they tour Speaking In Tongues. This film is the stuff of legend now, from its artful staging to its constant frenetic energy, intricate dance moves and – of course – that massive suit.

Stevie Nicks: Through The Looking Glass (2013)

Stories of Stevie Nicks' trials and tribulations have always been front and centre of many gossip columns. But as this passionate documentary shows – through interviews and incredible early footage of her onstage with Fleetwood Mac – it was her transfixing performances, immortal songs and bewitching voice that continues to make her such a captivating singer.

All three Decline Of Western Civilization movies are on Amazon at the moment, and provide unparalleled insight into LA's music scenes and alternative lifestyles over the last four decades. Starting with the 1981 LA punk scene, the series then heads to the Sunset Strip metal scene in 1988 before focusing in on the 'gutter punk' lifestyle of homeless teens in Los Angeles a decade later. These iconic movies feature turns from Black Flag, Circle Jerks, Aerosmith, Alice Cooper, Kiss, Megadeth, Motörhead and Ozzy Osbourne among others.

An unflinching look at Norway's 1990s black metal scene – AKA the scene which brought you murder, church burnings, corpse paint and the most controversial cast of characters ever associated with a single sub-genre. Forget Tiger King – if you want drama, it's all right here.

Ever wondered what life would be like as a living caricature? Well, even if you haven't, this strange old story of Frank Sidebottom – the cult British musician and comedian in a papier mâché head – and the secretive life of Chris Sievey, the artist who created him, might teach you a thing or two.

A headlong dive into the riotous history of The Stooges, Gimme Danger does exactly what it says on the tin. Unsurprisingly Iggy Pop steals the show throughout (through interviews or live footage), while his bandmates chart the confrontational and influential rise of the band through the late 1960s and early 70s.

Rumble: The Indians Who Rocked The World (2017)

From Link Wray and Howlin' Wolf to Randie Castillo and Testament, Native Americans have made a sizeable impact on contemporary music, as this documentary proudly reveals. Huge stars such as Steve Tyler and Tony Bennett reveal the artists that inspired them and ask why the indigenous heritage of the likes of Jimi Hendrix wasn't discussed.

A glimpse into the mercurial talent and somewhat difficult character of Chuck Schuldiner through interviews with former bandmates and family, as well as archive testimonies of the man itself. Not only does it reveal the band's history but the early evolution of extreme music in the US.

Pioneering vocalist, positive preacher and spiritual teacher, HR from hardcore trailblazers Bad Brains is all these things and more – as you will see in this film. While he's showered with praise, others aren't afraid to address their concerns, presenting a balanced view of this enigmatic figure.

Split into two parts this documentary covers the US rock institution's early years and 1994 reunion. Despite Don Felder and Don Henley claiming certain disagreements with Glenn Frey were downplayed, the film seems to pulls few punches as it reveals the often fraught relationships between the Eagles members.

Produced by former session man Jason Hook of Five Finger Death Punch, this film takes the spotlight away from the stars and shines it instead on the mercenary musicians who make ply their trade playing back-up. Though there a few household names and stories such as Jason Newsted, the tales of the unheard players are just as enthralling.