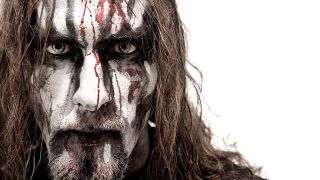 The best black metal albums is a topic which is always going inspire fierce debate. After Venom coined the term back in the early '80s, black metal has gone on to become one of heavy music's most innovative about and feared sub-genres. Today we see the likes of Behemoth and Deafheaven as the bands rewriting the blueprint for black metal, but extreme music has given us countless high points over the past four decades – from the frozen north of Scandinavia to the darkest depths of South America.

These are the 40 best black metal albums of all time.

Some say that Venom merely gave the black metal genre its name, others argue that this is a retrospective view and point out that the bands and fans who got into the scene prior to the 90s ‘second wave’ explosion viewed the trio as black metal through and through. Side with who you will, but this album is not only as chaotic, rousing and exhilarating as one could ask for, it is also the sound of extreme metal being born.

Strictly speaking, Apocalyptic Raids is an EP – if you’re looking for a Hellhammer ‘album’, your closest option is 2008’s Demon Entrails compilation. But it would be criminal not to include Hellhammer here, because along with Venom and Bathory the band basically gave birth to the first wave of black metal. Their combination of slow, creeping passages and fast thrashing sections – as well as the strangely ‘alien’ quality to the vocals and riffs – make this a lo-fi classic.

Celtic Frost grew directly out of Hellhammer, and their first releases were a somewhat more forward-thinking take on that band’s hallmark sound. With this ridiculously ambitious full-length however, the outfit has clearly evolved into quite a different beast altogether and the combination of gutsy, aggressive guitars and drums and a more bombastic and dramatic atmosphere (including effective use of timpani and French horn) results in a timeless and grandiose work.

To some extent, the 80s was about discovering the black within metal and like many of the entries on this list, one could interpret a lot of early Sodom as simply evil-sounding thrash. Call it what you will, this record is a devilish, violent and catchy metal assault with plenty of high-paced battery and mean-sounding riffs. The first efforts by Kreator and Destruction are similarly recommended for a further Teutonic first wave fix.

KAT are legends in their homeland of Poland, though they’ve only managed limited exposure beyond that. That’s a shame because they were very influential to '90s Polish black metal practitioners and this debut album (also released with Polish lyrics under the title 666 the very same year) is a very enjoyable combination of Venom, Bathory, NWOBHM influences and unashamed blasphemous intent.

Before they evolved into a death/thrash/groove metal outfit, Sepultura were busy creating primitive first wave black metal. Like most of their contemporaries, Sepultura were a pretty raw beast in the mid-80s; basic production, out-of-tune instruments, questionable timing, you’ll find it all here. Importantly though, the crude aural violence here is thoroughly satisfying, containing a suitably infernal atmosphere and a ton of nasty, memorable riffs.

Just as the 90s black metal scene was somewhat dominated by Norway, the 80s saw Brazil becoming a bit of a stronghold for the growing black metal phenomenon. Like their peers in Sepultura and Sarcófago, Vulcano took strong influence from bands such as Sodom, Hellhammer and Celtic Frost, while nevertheless injecting their own personality into proceedings. Bloody Vengeance is a short, sharp shock of possessed metal, just as we like it.

Okay, one last classic from Brazil. The cover image of the group’s protagonists in a cemetery with bullet belts, spikes, inverted crosses and proto-corpsepaint alone inspired a generation. But it’s the furious combination of Sodom, Hellhammer and Bathory that really strikes home, the seemingly chaotic nature of the malevolent bombardment disguising some skilful and surprisingly detailed and dynamic songwriting – relatively speaking, of course.

Bathory were really the band that took Venom’s idea and pushed to its logical conclusion, cementing the Scandinavian black metal template of demonic vocals, furious icy riffs and simple, unrelenting percussion in the process. So why so late in the list? Well ’84’s self-titled debut and ’85’s The Return album are certainly more seminal works, but this third album is arguably the musical highpoint, and its hugely influential use of cold, intense and hypnotic repetition remains extremely effective.

Tormentor were a short-lived Hungarian band who built a loyal (and violent) fanbase at home but never managed to tour abroad. This 40-minute self-released cassette, however, would make its way via tape traders to western Europe in the years following the band’s split, winning over many fans including Norway’s Mayhem, who ultimately headhunted vocalist Attila Csihar. Way ahead of its time, it offers a more controlled and nuanced take on the first wave as well as an epic anthem in the form of its most famous song, Elizabeth Bathory (later covered by Dissection).