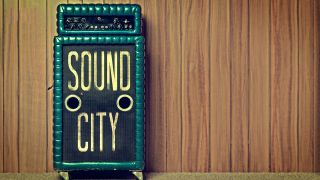 A quick search of "music" under Amazon Prime will present you with a deluge of suggestions, most of which (if we're honest) are pretty poor; consisting of unofficial, low-budget retrospective reviews.

However, among the nonsense are some solid nuggets of gold, and we've found the best – sometimes controversial – music documentaries that delve into the deepest recesses of some of the world's biggest acts.

Here, the best music docs (plus one concert film) you can stream on Amazon Prime right now.

Dave Grohl’s directorial debut looks at the famous Los Angeles recording studio where everyone from Metallica and Nirvana to Neil Young and Fleetwood Mac made some of rock music’s most famous albums. Centred around the studio’s renowned Neve console, it’s a real celebration of the creative process in an era of often sterile digital technology.

Sure, none of us can go to gigs at the moment. No bother – now you can recreate one of the rock world's most beguiling stage shows from the comfort of your own home. Filmed during Rammstein's Made In Germany tour, this set from the Bercy Arena in Paris provides a jaw-dropping spectacle. As you might expect.

Much like the legendary Florida death metal band, this documentary of Death's history is visceral, intricate and ambitious. Going into detail on the life and music produced by late enigmatic prodigy Chuck Schuldiner and his conveyor belt of bandmates, this is the best doc made on extreme music and a must for all heavy enthusiasts.

Much in the vein of Anvil! The Story Of Anvil, this documentary on doom metal pioneer Bobby Liebling paints a tragic picture of a forgotten rocker who's given another shot. Pentagram's music gives Last Days Here a top soundtrack but while it thrives on doom and gloom, this redemptive story is as inspiring as it gets.

Going in-depth on what Iggy Pop refers to as “the greatest rock n' roll band ever”, this tale of The Stooges is as wild and abrasive as you'd expect from the Michigan firebrands. There's a good chance you'll learn something but mostly you'll just be enraptured by Iggy's mental stage presence.

Everyone from Chino Moreno and Ian Mackaye to former bandmates lift the veil on the idiosyncratic frontman of the Bad Brains. Though there is inevitably hero worship and reverence for his influence, the documentary pulls no punches when asking questions about HR's abnormal and troubling behaviour over the years.

Produced by former session man Jason Hook of Five Finger Death Punch, this film takes the spotlight away from the stars and shines it instead on the mercenary musicians who make ply their trade playing back-up. Though there a few household names and stories such as Jason Newsted, the tales of the unheard players are just as enthralling.

“This is all too strange to be true.” This film picked up some serious props when it was crowned Best Documentary at the 85th Academy Awards. When two filmmakers go hunting for more information about their mysterious musical hero Rodriguez, they quickly find that the myths that circulated his life – and death – aren’t quite what they seem.