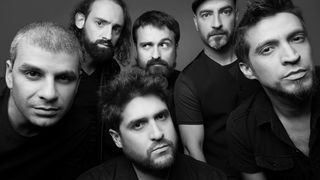 Aisles have released a new video for their track Clouds Motion.

The song originally appeared on the Chilean prog outfit’s 2005 debut album The Yearning and is the first of four videos from their Live From Estudio Del Sur sessions.

Aisles guitarist, Germán Vergara says: “The reason why we chose to record Clouds Motion is because, even though it’s one of our oldest tunes, to this day it still represents all of us and it is one of the favourite songs of the audience who have followed us from the beginning of our career.”

The sessions were directed by Bernardo Quesney, who has previously worked with Chilean rock and pop artists including Gepe and Javiera Mena.

Quesney adds: “I had never worked with a band so meticulous in the performance of their music. Their songs are a journey, as they are not just about seeing Aisles play, but there is an actual musical conversation and a challenge between the instruments.”

Aisles have a handful of upcoming live dates planned in their homeland in support of their 2016 album Hawaii.

Aisles: determined to put Chilean prog on the map