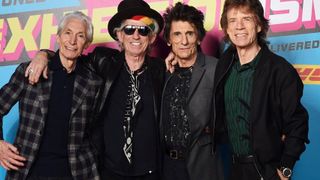 The Rolling Stones will release a blues covers album later this year, it’s been reported.

Speaking with French website Le Figaro, producer Don Was says the as-yet-untitled record was recorded in a short space of time.

He adds: “The album consists of covers of blues songs of Chicago. It was recorded live in the studio in just three days, with the musicians in a circle around the microphones.

“There was no retouching on the pieces. The record sounds very crude, very authentic. It captures the essence of what they are.”

The band have also released a short teaser clip on Facebook and changed their iconic logo to blue and red ahead of an announcement on October 6.

Earlier this year, Stones guitarist Keith Richards said the band’s first album since 2005’s A Bigger Bang was “in the can” but warned fans that it might be a “surprise” to some people.