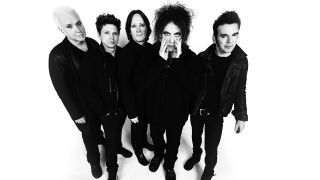 The Cure have announced that they’ll celebrate the 30th anniversary of their classic 1989 album Disintegration with a run of shows in May.

The band will play four nights at the famous Sydney Opera House on May 24, 25, 27 and 28, where they’ll play the album in full along with “a selection of rarely performed b-sides plus specially curated deep catalogue cuts after each performance of Disintegration.”

Disintegration is regarded by fans as one of The Cure’s finest works and features a range of live favourites such as Pictures Of You, Lovesong, Lullaby and Fascination Street.

The Sydney shows are part of the band’s busy 2019, with shows already confirmed across the world, including a performance at Glasgow’s Summer Sessions in August – which will be their first concert in Scotland in 27 years.

They’ll also be inducted into The Rock And Roll Hall Of Fame next month and have been working on their first studio album since 2008’s 4:13 Dream.

Speaking with SiriusXM, vocalist and guitarist Robert Smith said: "I’ve listened to so many new bands and met so many of them that’s it’s inspired me to do something new... it’s very exciting times for us all round.”

The Cure played a landmark set at London’s Hyde Park last summer which was organised to celebrate their 40th anniversary.