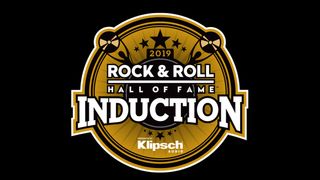 The Rock And Roll Hall Of Fame have announced the names of the artists who will be inducted next year.

And it’s Def Leppard, The Cure, Stevie Nicks, Radiohead, Roxy Music, The Zombies and Janet Jackson who have been given the nod this year – and they’ll be enshrined at the official ceremony at the Barclays Center in Brooklyn on March 29.

Def Leppard topped the fan vote earlier this week and their inclusion means that every artist who has come top of the fan poll since it was introduced in 2013 have gone on to be inducted into the Rock Hall.

It was the first time that the Sheffield heroes have appeared on the shortlist, as it was for Roxy Music and Nicks, although Nicks was previously enshrined with her Fleetwood Mac bandmates in 1998.

Def Lep frontman Joe Elliott previously said that should they get the nod, it could give them the chance to reconnect with Willis.

He told Billboard: “I really couldn't tell you how that's going to pan out. Would we welcome his company? Well, why not? If he's nominated, he's rightly nominated. He does deserve to be on the list.”