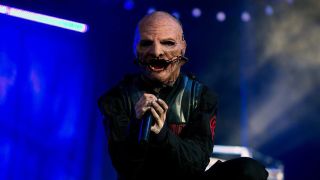 Slipknot will play four UK arena dates in February of next year.

The band are riding high on the success of fifth album .5: The Gray Chapter and have a number of North American dates lined up for this month, before their inaugural Knotfest Mexico event.

Last month, Taylor denied rumours that The Negative One from the current album was about former drummer Joey Jordison. He said: “Honestly, I didn’t even realise you could have read it that way. It was furthest from my mind – none of the songs are about Joey. All the songs are about the band in general.”