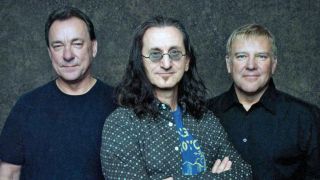 Universal Music are to release 14 Rush albums from their Mercury days on high quality audio throughout 2015.

Last month the band released their long-awaited R40 box set – a six-disc collection of live recordings plus previously unseen footage from their early days. Now a run of reissues will launch next year, starting in January with 1975’s Fly By Night and ending in December with 1989’s A Show Of Hands.

All the records will be reissued on vinyl and bundled with a code for the digital audio version and high resolution digital audio release, while Fly By Night, A Farewell To Kings and Signals will also be issued on Blu-ray audio.

Mainman Geddy Lee recently said he and guitarist Alex Lifeson were “chomping at the bit” to start writing the follow-up to 2012’s Clockwork Angels. They’ll decide early next year whether they’ll tour in 2015.

April: A Farewell To Kings

December: A Show Of Hands