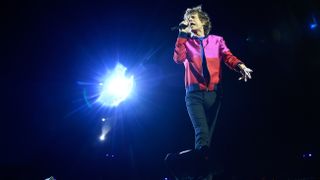 The Rolling Stones have made a short snippet of their cover of Little Walter’s Hate To See You Go available to stream.

It’s taken from the group’s upcoming blues covers album Blue & Lonesome, due for release on December 2 via Polydor Records. It’s their first studio album since 2005’s A Bigger Bang.

It was recorded over three days in London in December 2015 at British Grove Studios and was played live in the studio without overdubs. Recording was overseen by longtime Stones producer Don Was.

The Stones previously revealed a short clip of their take on Little Walter track Just Your Fool.

Was says: “This album is manifest testament to the purity of their love for making music, and the blues is, for the Stones, the fountainhead of everything they do.”

Earlier this year, Stones guitarist Keith Richards said the new album was “in the can” but warned fans that it might be a “surprise” to some people.