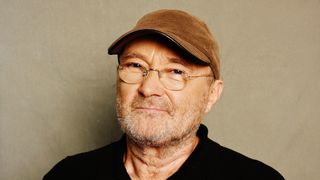 You’d have to possess two hearts, both made of stone, to have seen the pictures and TV interviews of Phil Collins this week and not felt for him, at least a little. Whereas most 65-year-old rock stars look younger, at whatever price, Phil, the man whose music bossed the Eighties, limped around looking eighty. Eschewing glamour, as ever, he needed a walking stick for a numb foot after back surgery, and sported a black eye after what elderly people call a fall in the bathroom. He thus announced his live comeback by taking his Everyman persona to accidentally absurd extremes. Not Dead Yet, the title of his candid memoirs and of next summer’s shows, came across as even darker humour than perhaps he intended.

He’s had a tough time of it in recent years, what with injury, illness and his continuing carousel of marriages, divorces and re-marriages. And yet many nonetheless managed to locate those hearts of stone and ran through the usual, glib, tired, boo-to-Phil-Collins gags, blaming him for everything that ever went wrong with music, the government and the weather.

It’s time, however, for those weary old punch-lines to be pensioned off. The man behind Easy Lover has been an easy target for too long. No wonder his demeanour has often been prickly, defensive. It might just be that now he can ride a wave of warm nostalgia that’s seen the likes of ELO and Kate Bush welcomed back as returning heroes, and we can acknowledge the fact that despite some clangers he made some truly great music as well as a lot of pretty good music. A rehabilitation is (over)due. If that requires Phil Collins being embraced at last as a national treasure, so be it.

He was always remarkably self-aware for a big star, self-critical to a degree which most blot out with the deployment of ego. His Regular Joe persona was based on truth, but it began to pall with punters as his career – to his surprise as much as anyone’s – rocketed into the commercial stratosphere. As one of only three musicians ever to sell a hundred million albums both as a solo act and as a member of a band (Genesis), he finds himself listed in lofty echelons peopled only by Paul McCartney and Michael Jackson. For all this, he always tried his level best to remain “normal”, a “man of the people”. This backfired when he was judged by sterner standards than those stars who purport to be from the Planet Zog and can thus get away with blue murder.

His chief crimes, according to the ever trustworthy tabloid press, seem to have been moaning about taxes and “divorcing his wife by fax”. In response to these alleged sins he’s stated that he’s never voted Tory, and that the fax was simply one in a series of back-and-forth communiques between lawyers which were straightforward, bog-standard legal requirements. Nevertheless the myths survive, because haters are too idle to drop the bone from between their teeth. He also helped out Live Aid by playing twice on separate continents, for which the thanks he got consisted of a ticking-off for being egocentric. Sometimes being Phil Collins must have felt like the definition of “you can’t win”.

That tide is turning. The dull as ditch-water people shifting a comparable number of units since – from James Blunt and Dido to Ed Sheeran and Adele – make Collins look like the epitome of charisma and charm. And then there’s the small matter of the music. Now let’s not pretend his solo records were all dandy: they include a hefty share of milky mediocrity. Yet, especially early on, his voice carried an affecting soulful timbre. In The Air Tonight will always be one of those tracks which, no matter how over-familiar you might think it’s become, can still sneak up on you and hit you where you live. His Motown and brassy funk retreads are lovingly done, but best of all is If Leaving Me Is Easy, an under-regarded ballad which captures loss and longing so delicately it touches the exquisite.

It recalls his extracurricular work with drowning-his-sorrows buddy John Martyn – 1980’s Grace And Danger album is well worth exploring – and the more brilliantly maudlin Genesis numbers. Ah, Genesis: now while it’s likely Collins’ live shows will focus on his solo work, his finest moments came with the prog-turned-stadium-pop giants. He stepped up when Peter Gabriel left and for three or four albums the band made epic grandeur tons of fun. Later they lost their mojo somewhat, but again that can’t be blamed – as it usually is – solely on Collins; their aesthetic choices were made as a trio. His staying loyal to them even as his own star went berserk also shows fine mettle. There is, too, the weird tangent that multiple US urban acts revere him as an influence: not regular readers of the bullying British press, they simply heard good grooves.

It’s poignant that injury prevents him playing drums now – from Brand X through to Genesis tracks like Los Endos and Keep It Dark he proved he was a phenomenon – but he appears to be very stiff-upper-lip about it. He’s still far from a natural showman, but if telling The One Show how much he loves his kids is 2016’s version of the music press, he’ll adapt, pragmatically. And no matter how much alimony is flying out of the window every year, he doesn’t need the money. He’s back because he loves it, misses it, even if he does very Britishly play that down.

The funny thing is, people are realising they missed him too. It seems odd, now, how aggressively Phil Collins was picked on. He became both an institution and an insult-magnet, a ripping success but a whipping boy. Sure, you can’t hurry love, but maybe now the heady culture wars of the Eighties are history and fashion has flitted on we can appreciate a talented, sensitive guy without citing him as the antichrist. To take him at, as it were, face value, against all odds. Missed again? He has been.