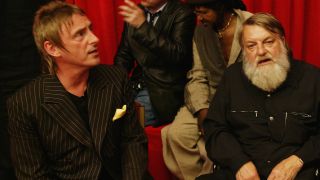 Soft Machine icon Robert Wyatt will come out of retirement to appear with Paul Weller at a gig in support of Labour Party leader Jeremy Corbyn.

Wyatt said in 2014 that he had stopped making music, but he will back the former Jam frontman Weller at the People Powered: Concerts For Corbyn show lined up for the Brighton Dome on December 16.

Organisers say the event is “a celebration of Jeremy Corbyn’s progressive policies and the growing grassroots movement around them.”

Weller will also be joined by Danny Thompson, Steve Pilgrim and Ben Gordelier. Other acts performing on the day are Temples, The Farm, Kathryn Williams, Stealing Sheep, Ghetto Priest and Jim Jones And The Righteous Mind.

The organisers add: “Music can be a huge force for social change. Today, more than ever, it feels like we need to stand up for democracy, for fairness and equality, for our basic human rights.

“We feel that Jeremy Corbyn’s realigning of the Labour Party towards the principles of social justice and wealth distribution, which the party was first founded on, affords the best opportunity to improve everybody’s lives.

“By inviting a broad range of acts, not all of whom are known for being overtly political, to play in support of this under the banner of ‘People Powered’, we are saying, ‘Speak out, get involved, fight for what you believe in, make your voice heard.’ Everyone can make a difference.”

Tickets go on sale on October 14 (Friday) priced at £25. They are available at The Dome’s website.

Jeremy Corbyn was elected Labour leader last month after a leadership challenge fell well short of removing him from the post he first won in 2015.