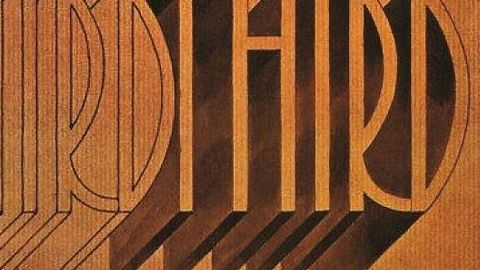 It’s always been a source of deep regret that Soft Machine’s best-known, and arguably most revered work, Third (1970) was so ineptly recorded and sounded so dire and underpowered, that it criminally short-changed the band who were operating at their peak. So it’s no surprise that the reissue of four of the five albums Soft Machine released on CBS in the early 70s has been greeted by fans with some excitement.

Tragically, the absence of Third’s multitrack reels, long missing from CBS’s vaults, means a much-needed Steven Wilson-style remix remains something of a Holy Grail. Though previous remasters, such as 2007’s CD editions, have garnered some enhancements, there are limits to what this kind of sonic necromancy can achieve.

Yet even with that caveat in mind, Music On Vinyl have managed to tweak new life into this masterpiece. Comparing Lyn Dobson’s ethereal flute solo on Slightly All The Time directly with an original, still-mint 1970 pressing, reveals the new edition has significantly more clarity and depth, with the flute soaring up from the murk, floating above the purring bass and whispering hi-hat. Happily, subsequent albums possess superior productions but even here the new vinyl often wins against the originals. Roy Babbington’s incisive acoustic bass on Fourth and side two of Fifth has never sounded so rich in character. The Soft Weed Factor’s spectral twinkling Fender Rhodes and Karl Jenkins’ autumnal oboe solo on Chloe And The Pirates from Six seem even more spellbinding than their 70s counterparts, sparkling with impressive clarity and detail. John Marshall’s restless, authoritative drumming also packs a substantially increased punch through Fifth and Six. Such points might sound trivial but are enough to convince these ears that the MOV series should constitute your go-to version, even if the original editions are still on your shelves.

Though later pressings will be available in standard black, the individually numbered, limited edition run of 1,000 on 180gm transparent vinyl is eminently collectable. Transparent and coloured vinyl hasn’t always acquitted itself too well in the past. Here, however, these beautifully quiet editions perform exceedingly well, handling the transition of extreme dynamics of Phil Howards’ storm-cloud drumming and the ambient water drops of Fifth with ease.

Although the original cover artwork plates appear to be missing in action, these facsimile covers work well, with Fourth and Fifth looking and feeling especially sumptuous. If there’s a minus point, it’s that 1973’s underrated Seven and 1975’s Bundles is excluded from this series. That gripe aside, this set really has the high-end vinyl reissues that Softs fans have yearned for.