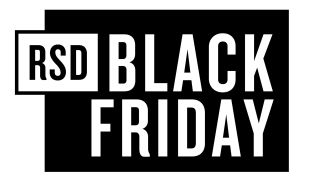 We’ve taken a look through what independent retailers will be offering on November 29 and picked out what we think are essential purchases.

And, if you don’t have anything to play your records on, or your turntable is due an upgrade, Black Friday is also the ideal time to get your hands on something new and shiny, so be sure to check out our best budget turntables and best turntables guides.

And if you’re really looking to splash out this year, visit our list of the best high-end turntables that are currently on the market.

Aretha Franklin: The Atlantic Singles 1968
This vinyl box set features a selection of Aretha Franklin’s singles from 1968: Sweet, Sweet Baby (Since You’ve Been Gone) backed by Ain’t No Way, Think backed by b-side You Send Me, and The House That Jack Built with Say A Little Prayer on the flip side.

Cheap Trick: Are You Ready Or Not?
This Cheap Trick show was captured on December 31, 1979,  at The Forum in Los Angeles and includes the tracks I Want You To Want Me, Surrender, Clock Strikes Ten and a selection of songs from their fourth album Dream Police.

Dr. John: Babylon
Dr. John’s second album was first released in 1969 and for Record Store Day Black Friday, it’s been re-pressed on splatter coloured vinyl and will be presented in a deluxe gatefold jacket.

Frank Zappa: Peaches En Regalia / Little Umbrellas
Two classic Frank Zappa tracks are being released on this 10-inch vinyl picture disc to celebrate the 50th anniversary of Hot Rats. Side A will feature both tracks in mono, while the B-side will contain Rhythm Track Mixes of both tracks.

Freddy King: The Mojo! King Rarities & Obscurities
The Mojo! sees blues master Freddy King fuse traditional blues with a contemporary edge, with this package focusing on unissued alternate takes and rarities from the King Records era and beyond – all 14 tracks are making their first-ever appearance on vinyl. And to make it even more special, The Mojo! is pressed on gold vinyl.

Fu Manchu: Live At Roadburn 2003
This limited edition CD and vinyl live set showcases Fu Manchu’s performance at the 2003 Roadburn Festival in the Netherlands. The audio was taken direct from the soundboard and was then specifically mastered for this release.

Greta Van Fleet: From The Fires
Greta Van Fleet have lit up the rock world since bursting on to the scene in 2017. Their debut album Anthem Of The Peaceful Army caused a stir when it launched this year, and their second EP From The Fires clinched a Grammy for Best Rock Album. It’ll be reissued on yellow vinyl for this year’s Record Store Day Black Friday

Jimi Hendrix: Merry Christmas And Happy New Year
This 12-inch picture disc captures Jimi Hendrix and his Band Of Gypsys  engaged in extensive rehearsals for their appearances at The Fillmore East in New York in December 1969. The disc will featuring the album artwork on one side while a photo of Hendrix dressed as Santa Claus appears on the flip side.

Jeff Buckley: Live On KCRW: Morning Becomes Eclectic
This previously unreleased recording comes out as the late singer/songwriter’s debut album Grace celebrates its 25th anniversary. It features favourites including Mojo Pin, So Real Lover, You Should Have Come Over.

Kings Of Leon: Day Old Belgian Blues
This was recorded on Kings Of Leon's Aha Shake Heartbreak European tour in 2004. This live EP features tracks including The Bucket, Four Kicks and Molly’s Chamber. It'll be released on vinyl for the first time.

Lou Reed: The Raven
Lou Reed's 2003 album recounting the short stories and poems of Edgar Allan Poe will be reissued on vinyl for the first time and features guest vocals from Laurie Anderson and David Bowie.

Nick Lowe & Wilco: Cruel To Be Kind
To celebrate its 40th anniversary, the 1979 single Cruel To Be Kind will be reissued on green vinyl. The B-side will feature Nick Lowe and Wilco performing the track together in 2012.

Robert Johnson: Sweet Home Chicago / Walkin' Blues
Traffic Entertainment will release two of Robert Johnson’s singles as a “78 RPM microgroove 10-inch” which will be presented in a reproduction of the Vocalion Records sleeve wrapped in a full colour Obi with detailed liner notes.

Sid Vicious: Sid Lives
This 2LP multi-coloured vinyl will come in a gatefold sleeve along with a 2CD version with 24-page booklet. It’ll feature articles telling the Sex Pistols' icon's life story and is described as “the definitive Sid Vicious release for all fans and students of the punk-rock scene.”

Slipknot: All Out Life / Unsainted
It’s hard to believe, but it’s been a year since Slipknot released the single All Out Life. The track didn’t appear on their new album We Are Not Your Kind, but Unsainted did – with both presented on a 7-inch picture disc for Record Store Day Black Friday.

Steppenwolf: Steppenwolf
Steppenwolf’s debut album from 1968 will be released on clear vinyl and packaged in a foil jacket. This is the first-ever reissue of the mono version of the album.

The Doors: Live At The Isle Of Wight Festival 1970
The Doors’ 1970 festival performance features Roadhouse Blues, Break On Through (To The Other Side), Light My Fire and The End – and it’ll be released on heavyweight double black vinyl.

The Monkees: Christmas Party Plus!
The Monkees' Unwrap You At Christmas includes two 7-inch singles: Single Mix/Andy Partridge Demo, Riu Chiu/Christmas Is My Time Of Year, and will be pressed on red and green vinyl.

The Pretenders: UK Singles 1979 -1981
The Pretenders’ first eight 7-inch singles from their first two albums are on their way, including Kinks covers, Brass In Pocket, Kid and Louie, Louie.

U2: Three
This was originally release in Ireland back in 1979, with the EP featuring tracks U2 recorded at Windmill Lane Studios in Dublin: Out Of Control, Stories For Boys and Boy-Girl. All three songs have been remastered for this reissue, with all 17,000 individually numbered. It’ll be pressed on 12-inch heavyweight vinyl and come with colour outer sleeve featuring new artwork.