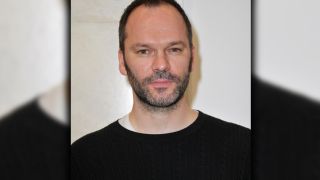 Radiohead producer Nigel Godrich took on the role of a Stormtrooper in Star Wars: The Force Awakens.

The 44-year-old, who produced seven studio albums with the British band, was spotted by Redditors on the IMDB page for the film, credited as Stormtrooper FN-9330.

The ‘FN’ designation apparently refers to a Stormtrooper in the First Order.

Producer Four Tet, praised Godrich on Twitter for his “excellent” performance in the film – to which he replied “thanks man!”

Film director Edgar Wright, whose work includes Shaun Of The Dead and Hot Fuzz, later Tweeted: “I am happy to say I got Nigel the gig. I owed him one and this was my return gift.”

Pixar composer Michael Giacchino, who worked with the film’s director JJ Abrams on Lost and Star Trek, has a similar role as Stormtrooper FN-3181.

As they are wearing helmets in every scene, both he and Godrich are indistinguishable in the movie.

The Force Awakens, which was released on December 17 in the UK, takes place 30 years after the events in Return of the Jedi. The film’s script was penned by director JJ Abrams, Toy Story 3 writer Michael Arndt and Star Wars franchise veteran Lawrence Kasdan.

Radiohead’s frontman Thom Yorke faced backlash earlier this month, after comparing YouTube to the Nazis because they “steal” art. He also wrote an open letter to Santa, asking him not to give presents to oil company executives and corrupt politicians this Christmas.