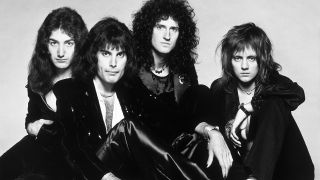 Back in July, Queen launched the You Are The Champions campaign to celebrate the news that the video for Bohemian Rhapsody had passed the one billion views mark on YouTube.

They teamed up with YouTube Music, Universal Music Group and Hollywood Records for the initiative, which gave fans the chance to have a starring role in new videos for a trio of the band’s best-loved songs.

Queen – who appear on the cover of the current issue of Classic Rock, out now – asked musicians, singers, and instrumentalists for their take on Bohemian Rhapsody, while dancers were invited to submit their own routines and interpretations for Don't Stop Me Now. Visual artists also had the chance to design something eye-catching around a word or phrase from A Kind Of Magic’s lyrics.

And today, the finished videos have been unveiled for the first time, with guitarist Brian May praising the efforts of everyone involved.

He says: “It’s one of the most rewarding things that can happen to an artist of any kind – to see that our work has inspired folk all around the world to create their own performances and visual art is a thrill.

“And the diversity of their vision is astonishing. Big thanks to everyone who participated.”

For Bohemian Rhapsody, more than 5400 people from 110 countries submitted their entires, with their performances layered to complete the new video.

For Don’t Stop Me Now, Polly Bennett – the choreographer who worked with Rami Malek on the Bohemian Rhapsody film – created a dance for fans to learn and film.

More than 1800 videos were submitted, which included individuals, groups, ballerinas, ice skaters – with some Freddie Mercury impersonators thrown in for good measure.

For A Kind Of Magic, a total of 2773 artists from 92 different countries sent in their efforts in a video that “pays homage to the song’s lyrics and diverse representations of the band’s members dreamed in paint, animation, graphic designs, sand, flowers and more.”

Queen and Adam Lambert recently announced that they’d be bringing their Rhapsody tour to the UK and Europe in 2020 – a run of shows that'll include a five-night residency at The O2 in London.