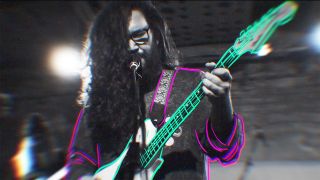 (Image credit: Inside Out Agency)

“The original concept was to take a 1930’s carnival that had been re-imagined for future generations, a collage of Punch and Judy, carousels and coconut shy’s that progresses in musical concepts and travels with the listener," the band tell Prog about their new album. "Then as we started traveling I was swept off into my own kind of circus, the odyssey of touring life. Large nights out, larger characters, drunken recollections of foreign cities and rabbit hole-ing into insanity (kindly illustrated by Quentin Blake)."