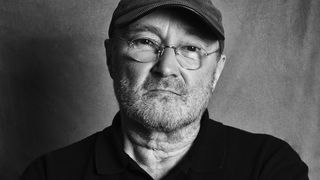 Phil Collins has revealed he would have quit Genesis to join The Who after drummer Keith Moon’s death if he’d been asked.

Collins held a webchat with fans via the Guardian – and when quizzed whether he’d have considered a move to The Who following the death of Keith Moon, Collins responded: “Absolutely would have joined The Who.”

He added: “I would have left Genesis to join The Who. But they’ve got a great drummer now in Zak Starkey, he’s fantastic. Someone with the balls that Keith Moon had.”

This week Collins announced a comeback tour for next year and also released his biography Not Dead Yet. And he says while writing it, he discovered much about himself.

Collins continues: “I was reminded harshly about how much I worked. Which didn’t seem to be quite like that much when you were doing it, but looking back at it in a lump, yes, it was quite intimidating. You miss out on family.

“The only saving grace is that as my kids have gotten busier themselves, professionally, they have realised that that comes with what you do. They’ve realised that.”

As for the current state of progressive music, Collins says: “I’m not sure at all about the current prog rock scene. I think that’s kind of the direction that my eldest son Simon follows. I just don’t hear enough of it.

“Prog rock, with a little good taste, is OK. I tried to bring some of it into this century, I guess. I don’t think much about it to be honest.”

He adds: “Mick Jagger was asked about somebody, and he said, ‘I don’t think of them at all.’ I thought that was a great comment. I don’t know what it is about prog rock. Is it the quirky time signatures, the lyrics? I’m not sure who is considered prog and what isn’t.”