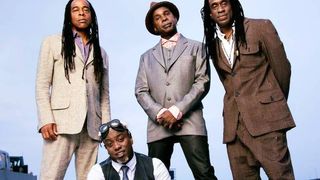 The band had been scheduled to hit the road with Glenn Hughes throughout November and December – but were forced to pull out due to what’s been called an “unforeseen conflict.”

With that situation apparently resolved, they’ll play with Alter Bridge – a run of shows which kick off in Bilbao, Spain, on November 4.

Vocalist Corey Glover says: “We’re excited to be touring Europe with Alter Bridge. They remind us of the many great rock bands we came up alongside in the 80s.

“We’d love to be getting to more cities and countries while we’re there, but we’ll return for a more extensive tour when our new album drops in 2017.”

Last month, Living Colour released their take on Notorious B.I.G track Who Shot Ya? which launched in protest of the ongoing gun violence across the US.

Guitarist Vernon Reid said: “Our version of Who Shot Ya? was initially an organic outgrowth of pure fandom for the work of the brilliant Christopher Wallace. But tragically, Biggie’s question has taken on new and urgent significance over the last year.

“The amount of people who die on a daily basis because of gun violence is unacceptable in a civilised society. The disproportionate use of deadly force in communities of colour is equally unacceptable.

“We all feel paralysed as to how we can meaningfully effect change, but at the least we can keep our voices raised in solidarity and not let this plight fade into the background until it happens again.”

Living Colour are putting the finishing touches on their seventh studio album Shade – the follow-up to 2009’s The Chair In The Doorway.

Living Colour are angry. Marillion are angry. Where are the angry young bands?