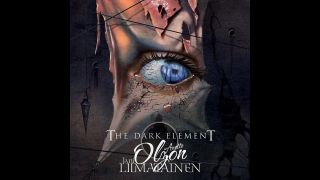 Former Nightwish singer Anette Olzon has revealed her new band The Dark Element, created in conjunction with former Sonata Arctica man Jani Liimatainen. Listen to the title track of their debut album above.

The Dark Element is to be released on November 10 via Frontiers Music Sri. The 11-track title also features bassist Jonas Kuhlberg and drummer Jani ‘Hurtsi’ Hurula.

The project was first revealed last year, although no details were confirmed at the time. Olzon said: “I’m so looking forward to this album and I believe it will be a perfect match.”

Liimatainen added: “I’ve always been a big fan of Anette’s voice. When the opportunity to work with her arose, writing and producing an album, I just couldn’t say no.

“The songs are extremely melodic and to the point. My goal has been to write catchy songs with hooks that will haunt your dreams – and I think it’s pretty much ‘mission accomplished.’”

See the album tracklist below.

The A-Z of Nightwish