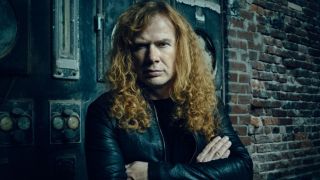 Dave Mustaine has confirmed Megadeth will tour the world with Body Count next year.

Megadeth’s frontman Dave Mustaine and Body Count star Ice-T had teased an upcoming collaboration on social media and Mustaine now reveals it will take the form of a tour.

Mustaine says that, while he is not a hip-hop fan, he is an admirer of Body Count frontman Ice-T and that he can’t wait to hit the road in 2017.

Mustaine tells Metal Hammer: “We’re talking about a very large tour next summer with five bands on it with us. It’s going to be more of a guest appearance than a direct support kind of thing.

“We’ve been looking at a lot of interesting acts, but for me I don’t always try and pick out the flavour of the month – I have loyalty to my friends. I always thoughts that Body Count, while if not for everybody, I thought it was great.

“It’s not your normal metal band, it’s cool to see somebody crossing over from the hip-hop world into the metal world. I think it’s great to be open-minded about different people from different backgrounds.”

The tour will include shows in Asia, with Malaysia included on the list since a ban on Megadeth performing in the country has been lifted.

Mustaine adds: “I’m super thrilled about this. We had been banned in Malaysia because of some knobhead in a remote area had conducted a black metal seance of some sort and killed somebody, then gave us the indubitable honour of spray painting Megadeth and Slayer on the wall.

“Naturally, narrow-minded people said it had to be Megadeth’s fault because our name is on the wall. And Kuala Lumpur is somewhere I’ve always wanted to hit when we’ve been trekking through Asia, but we couldn’t go. Now the ban has been lifted so that’s the start.

“We’re going through Asia and working our way around the globe. I’ve got a lot of great opportunities coming up, it’s just a case of fitting them all in.”

Expanding on the Malaysia ban and why he wants to perform there, the singer says: “People like you and I with our anglo-saxon background forget how easy we have it being able to go into a pub or a nightclub and order a beer – but in some places they slash your face for drinking booze.

“But for me, being able to go into places where there is open-mindedness and they’re going to let us bring our brand of metal music, it’s really rewarding.

“We’re not trying to tell people to overthrow their government or to go home and tell their family that they’re wrong, we’re just saying this is music we love and these are the lyrics we sing about – whether it’s fantasy or reality.

Body Count are working on their new album titled Bloodlust, which will be released after they recently signed a deal with Century Media. It’s expected to launch next year.

Megadeth will this month continue their live dates in support of 15th album Dystopia.

Body Count have covered Slayer's Raining Blood and it's amazing