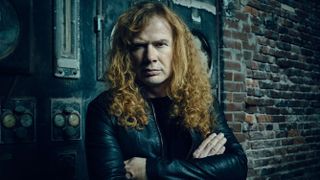 Megadeth mainman Dave Mustaine has said he’s been in touch with Ice-T about working with him and Body Count in the future.

Mustaine tweeted: “Body Count! Ice-T and I are talking about doing something again.”

Ice-T then responded: “You heard it first!”

The pair have given no further indication if it’ll take the form of live dates or a collaboration between the two artists.

Body Count are working on their new album titled Bloodlust, which will be released after they recently signed a deal with Century Media. It’s expected to launch next year. Producer Will Putney is once again behind the desk after working on their 2014 record Manslaughter.

Meanwhile, Mustaine will officially unveil his A Tout Le Monde beer at his 55th birthday bash on September 13. He’s collaborated with Unibroue for the ale, and has invited fans to attend the event, details of which have still to be revealed.

Megadeth will continue their live dates in support of 15th album Dystopia in September.

Body Count: The Story Behind Their Debut Album