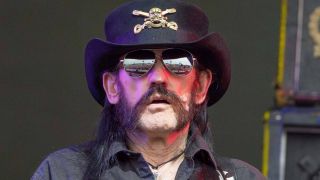 Motorhead cancelled their scheduled appearance in Texas last night and won’t return to live action until Lemmy is “properly rested.”

The band pulled out of their show in San Antonio – their second gig cancellation in the space of a week after a performance in Denver was called off earlier. Frontman Lemmy has also cut two shows short in that time, firstly in Salt Lake City last week and then in Austin on Tuesday.

Lemmy walked off stage four songs into the Salt Lake City gig last week, blaming breathing difficulties on the altitude. He managed just three tracks in Austin. The San Antonio show went ahead without Motorhead, as Saxon stepped in to headline.

In a statement, Motorhead say: “As you might have heard, Motorhead again had to abbreviate a performance due to Lemmy not feeling well. This is a direct follow-on from the altitude issues in Colorado and, clearly, Lemmy tried to get back at it too quickly.

“Lemmy will resume duties the moment he is properly rested and firing on all cylinders again. The legendary Motorheadbanger patience is much appreciated and the band send their deepest thanks. More details will be released soon.”

Some fans who attended a Los Angeles gig on August 22 said the 69-year-old bass player and vocalist appeared unsteady on his feet. The rock icon has been in frail health since undergoing heart bypass surgery and later suffering a haematoma in 2013.

Motorhead released their 22nd album Bad Magic this week. They have shows scheduled in North America and Europe through to February.