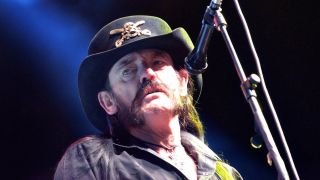 Motorhead pulled out of a scheduled appearance at Riot Fest in Colorado over fears that the altitude would affect Lemmy’s health.

The decision to cancel their slot at the Denver show on Friday came just a day after they cut short an appearance in Salt Lake City, Utah as the frontman was unwell. The Utah gig lasted just four songs before Lemmy had to leave the stage.

As it stands, they are planning to go ahead with upcoming shows in Texas and the rest of the North American and European tours.

Announcing the Denver cancellation, Motorhead said: “The Rocky Mountain High has affected Lemmy like the high altitude of Salt Lake City. It’s been quite a while since Lemmy was this ‘high’ in the US, and thus having got a burst of altitude sickness (which made it hard for him to breathe and sing properly), he has very reluctantly decided not perform in Denver.

“Lemmy is really sorry and wants to thank the fans for their support and trust. He looks forward to the next-up Texas shows…at low elevations.”

Meanwhile, the band’s latest album Bad Magic – released on Friday – is sitting at no.4 in the UK album charts.

This week, the band were honoured by Los Angeles City Council for their 40 years in the music business.