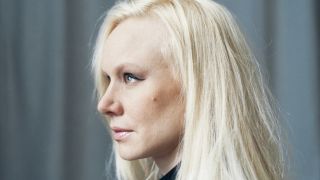 Norwegian artist Susanna has released a stream of her new single Go Dig My Grave.

Speaking about Go Dig My Grave, Susanna says: “During my trips to the States over the past years I have picked various Folkways records and I have been able to discover some old songs.

“The label presents a broad variety of American folk songs and among my favourites are the Jean Ritchie albums and her version of Go Dig My Grave.

“When I heard the song I knew immediately that I wanted to sing it. I was struck by the presence in her singing and the tragic story to the song. It took a while to make my own version of it though, to find the right way to present it.”

Susanna says she’s drawn to sad songs and how people have used music throughout the years and adds: “It feels like they use songs and singing as a way of processing and dealing with of the difficult times in their lives.

“There’s a lot of similarities in the dramatic ways of telling a story in the old English ballads such as The Willow Song and The Three Ravens and the American folk songs like Go Dig My Grave – even if the newer folk songs have more of a straightforwardness to the tragedy.”

Susanna will play at the Oslo World Festival on November 5. Find the Go Dig My Grave cover art and tracklist below.