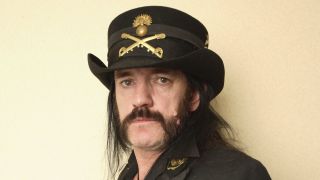 Motorhead frontman Lemmy Kilmister was laid to rest before a group of family, friends, bandmates and fellow rockers in Hollywood on Saturday.

Kilmister passed away from an aggressive form of cancer at his Los Angeles home on December 28 at the age of 70.

The band said: “Today we mourn the loss of our dear friend and leader, Lemmy. As he would have wanted, raise your glass and celebrate his life today along with the entire Motorhead family. His legacy will never die.”

Manager Todd Singerman hosted the memorial service at Forest Lawn Memorial Cemetery, which was streamed live to more than 250,000 viewers worldwide via the band’s YouTube channel.

Alongside a table where his father’s top hat, boots and ashes laid, Lemmy’s son Paul Inder began the proceedings with reflections on a man he didn’t meet until he was six years old but developed a close bond with through the years.

Inder said: “He was 100% real. I won the lottery when I got Lemmy. You were perfect. Travel well, my dear father. You are back out on the road for a longest tour to the great gig in the sky, we will never, never forget you. I love you.”

Motorhead drummer Mikkey Dee bid farewell to his fallen bandmate, while guitarist Phil Campbell was unable to attend in person.

Anthrax guitarist Scott Ian recalled: “Elvis, you taught us how to dress, how to look. It was Carl Perkins and Little Richard how to sound. And it was The Beatles who taught us we could to write our own songs. And Lemmy, it was you who taught us that we could be real.”

Slash offered: “Lemmy was somebody that I feel blessed to be friends with. He was such a great example of what my peers wanted to be. More integrity than anybody. 100 loyal. All these fine attributes.”

Foo Fighters frontman Dave Grohl closed the service, reflecting: “There is not enough time to tell you what Lemmy meant to me. He’s my person; he’s the one that bridged my love of AC/DC and Sabbath and Zeppelin, and my love with GBH, the Ramones and Black Flag.”

Since his passing, fans have launched petitions to rename a Jack Daniels and Coke as a “Lemmy”, and to have a newly-discovered heavy metal chemical element named Lemmium in his honour.

The band has invited fans to make a charitable donation in Lemmy’s name to the Ronnie James Dio Stand Up and Shout Cancer Fund.