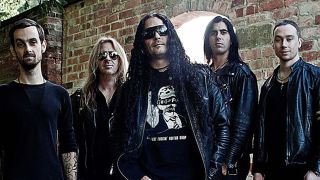 I AM I say their current lineup have gelled and are working well together ahead of their upcoming five UK dates.

He called out the trio for their lack of hunger and revealed he needed to be surrounded by like-minded musicians to make the band work. He then recruited bassist Dean Markham and guitarists Gav Owen and Andy Kopczyk to take their place, with drummer Rich Smith completing the new-look band.

They say in a statement: “The band have now solidified the lineup with a cracking bunch of top class musicians who have gelled incredibly well and are all ready to roll out the storming new era for I Am I.”

The band hit the road in November for five UK dates with support from Fahran and Ajenda.