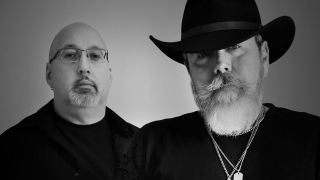 US prog rockers Glass Hammer will release their latest album in April. Dreaming City is described as the band's "most powerful music statement to date" and sees the band return to the world of their 2005 album Inconsolable Secret. Dreaming City will be released on April 17.

The concept tells the story of a  “desperate man… as doomed as they come”, who must fight his way through a spectrum of horrors to rescue his lover. Early in the album the listener discovers that the protagonist has only three days to find her before she dies; a dilemma which sets the stage for all that is to come and guarantees an emotional roller-coaster ride for the listener.

Bassist and producer Steve Babb describes the music as a nostalgic homage to several genres including  space rock, Berlin-School electronica, 70s metal and early progressive rock. “It’s all done in a way that is distinctly Glass Hammer of course”, Babb tells Prog.

“To convey the album’s story, we gave Dreaming City the look and feel of an old paperback adventure novel, including excerpts and illustrations," he adds. "It’s meant to be an immersive experience, enjoyed from beginning to end, with songs laid out as book chapters. Something we haven’t tried before but think our fans will love!”

Glass Hammer will appear at this year's Cruise To The Edge, where the band will be joined on stage by former (and now Yes) vocalist Jon Davison.