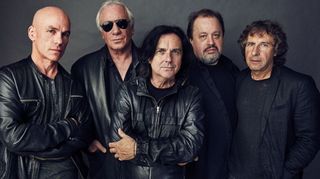 Marillion, Flying Colors and Anathema are among the first wave of bands announced for next year's Yes-led Cruise To The Edge.

Next year's Cruise will take place between March 27 and April 1, sailing from Miami to Harvest Caye, Belize and on to Roatan, Honduras before returning to Miami.

No details on prices for next year's Cruise have yet appeared on the Cruise To The Edge website as yet.

You can read a full report of this year's Cruise To The Edge in the current issue of Prog Magazine, which you can purchase online here.