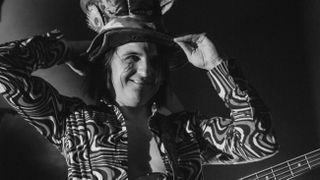 Franck Carducci has announced he will release his new album, The Answer, on November 28.

The band have preceded the release with a new video for the song Slave To Rock'n'Roll, which you can watch in its entirety below.

The album will be released on vinyl and CD. The CD version will feature four bonus tracks.