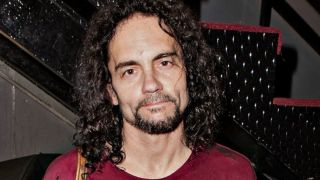 The sticksman reportedly died from a heart failure while performing onstage with his band Ohm at The Baked Potato in Los Angeles.

His death was confirmed in a post written by his friend Allen Hall, which was shared on Menza’s official Facebook page.

It says: “We lost an amazing talent and fantastic person yesterday. Nick Menza was the nicest and most sincere guy you should ever hope to meet.

“He would take the shirt off his back to help you if you needed it. He had a passion for artwork, not just metal music.

“Nick, you were taken too soon, it must have been a mistake, the world was a better place with you in it. I will miss you dearly my friend.”

Megadeth frontman Dave Mustaine said (via Twitter): “Tell me this isn’t true. I woke at 4am to hear Nick Menza passed away on May 21 playing his drums with Ohm at the Baked Potato. #nickmenzarip.”