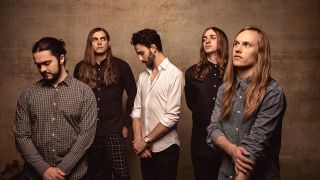 Introvection is taken from the band's upcoming album The Long Dream I, which will be released through Wild Thing Records on June 5. The video features guitarists Louis Edwards and Jake Ewings playing through the track Introvection. You can watch the video in full below.

"We are absolutely beaming with excitement knowing that the first instalment of our upcoming 2-part album, The Long Dream I will finally see the light of day on the 5th of June," singer Charlie Powlett tells Prog about the new album. "Entirely self-produced (the album has been mixed by Aussie prog-metal wizard Forrester Savell) over the course of four years, The Long Dream I became infused with self-referential hardship and internal disaster that only further serves its story."

Pre-order The Long Dream I.