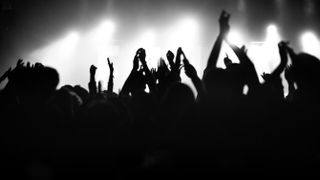 Leicestershire Police have launched a public appeal after a woman was sexually assaulted at last weekend’s Download festival in the UK.

The incident is said to have occurred in the early hours of Sunday, June 11, at some point between 12.45am and 3.30am in a grassed area at the top of Car Park C, which is the car park on the steep slope at the site.

Police have released detailed descriptions of the assailant and the people he was with earlier in the evening and are asking festival goers for their help.

A statement on the police’s Facebook page reads: “The woman had spent the Saturday evening with a group of five people, three men and two women, who she had met that evening whilst in the main arena.

“She said that one of the men offered to walk her back to her tent in the early hours and it was shortly thereafter that the assault is reported to have taken place.

“The suspect is described as white with quite pale skin, dark eyes, dark swept back hair with a beard described as being like overgrown stubble. The woman believes him to be in mid to late 20s and is said to speak with a Newcastle or Middlesbrough accent – described as a Geordie accent.

“At the time of the incident he was wearing what is described as a khaki green/grey cap, dark brown or black shorts with a chequered red tartan shirt with long sleeves with a black t-shirt underneath. He had a ring on one finger and was wearing a wrist band from a previous year.”

His four friends are described as:

Leicestershire Police add: “We would like to hear from you if you recognise yourself in any of these descriptions, if you know the identities of any of these individuals or if you saw them during the festival or in the arena after the main act on Saturday night.”