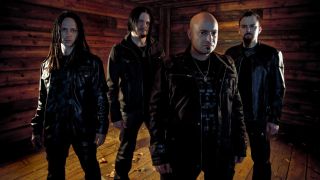 Disturbed frontman David Draiman says the band are free of limitations when it comes to making music.

The singer admits that while they’re known for their powerful and melodic tracks, the fact they successfully covered Simon And Garfunkel’s The Sound Of Silence proves that they can turn their hand to different styles should they feel like it.

He tells Excess Baggage: “The wonderful thing about where we’ve come to at this point in our career is that, Disturbed almost can’t be defined any more.

“Once you have a track like The Sound Of Silence come out and for it to be so stylistically different from what people normally accept from you or what they’re used to getting from you, I think that the limitations are gone.

“We are typically known for powerful, rhythmic, driving, melodic music – but you can achieve power in different ways. I think we’ve got to the point in our career where we don’t really have to worry about those stylistic limitations any more.

He adds: “Don’t get me wrong – it’s not like all of a sudden we’re going to be an exclusive ballad band, but the doors are completely open as far as creativity is concerned.”

Disturbed are gearing up for the release of Live At Red Rocks on November 18. They’re about to head to Japan and Australia before dates in Europe in early 2017.

Disturbed: We were never nu-metal