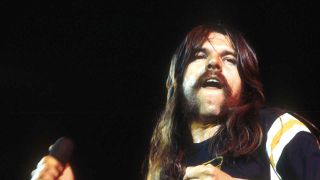 Bob Seger, one of the last major musicians to embrace streaming technology, has launched a YouTube channel. The page launched with a lyric video for the 1976 classic Night Moves.

According to the Detroit Free Press, the channel will be updated regularly with vintage videos restored in high definition, plus rare clips and lyric videos.

“What’s really important is that Bob is first and foremost a storyteller," says Bruce Resnikoff, president and CEO of Universal Music Enterprises. "We now live in a world where artists are able to tell their stories and give their message to old fans and new fans in way that goes well beyond touring and live appearances.

“In the world of YouTube and videos, we get a chance for Bob to tell his story in way that’s very real to people, and to reach a much broader and younger audience."

He continues, “Having his own access to his own programming is different from anything he’s been able to do before. He's not just a Detroit great – he’s a legendary artist of all time on a global basis. And effectively he now has a chance to reach so many more people and program his stories in a way he could only do for 15,000 in an arena."

The channel currently features music from eight Seger studio albums, plus Heavy Music, a compilation of singles recorded for the Cameo label in the 1960s, and tracks from two live albums, The Beginnings Club and Christmas In Connecticut.

Seger played his final ever show at the 20,000-capacity Wells Fargo Center in Philadelphia, PA., in November.

While Seger has hinted that it's only the North American part of the tour that's over, he hasn't played outside the continent for nearly four decades. His last UK show was at Wembley Arena in November 1980.